Hi everyone! I hope you are well. My inquiry question is How do art and culture correlate one another to develop influence and reflection? In this post, I will be specifically looking at aspects of art from African culture and be analyzing recurring elements in most art within the several regions of Africa. 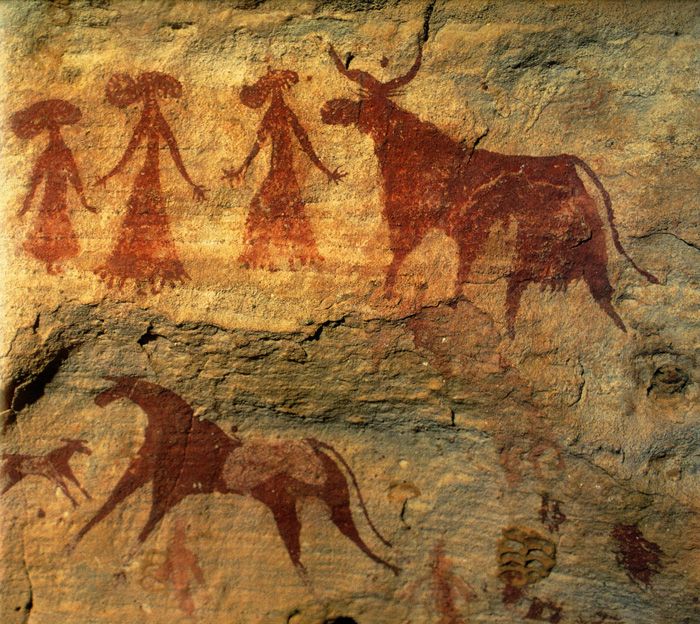 The origins of African Art span to a time before recorded history. African rock art, found in the sands of the Sahara preserves 6000-year-old carvings. Ancient Egyptian painting, western cultural arts and indigenous southern crafts considerably contributed to African Artwork and creative representation. These artworks commonly depict an abundance of the encompassing nature and are often abstract representations plant life, animals or natural shapes and designs. Until recently, the study of African art focused primarily on the traditional art of certain recognized groups on the continent. Directing a particular significance to study masks, sculpture and mostly work of the 19th and 20th centuries. However, there has been a growing movement among art historians and scholars to consider a larger scale of artwork when defining “African Art.” Thus, the arts of the people from rural regions and even people African diaspora, in Brazil, the Caribbean and the southeastern United States, have also begun to be comprised in the study of African art.

There are five elements of art that are identified to describe the aesthetics of most African art pieces. Yet, African art is ceaselessly intricate, with both complex and simplistic features that define each individual piece. I will further analyze in retrospect, the common thematic components that correlate with these elements. Though African artwork is a vast realm of patterns and unique representation, people need a way to define and categorize art and so, analysts have simplified five elements of African art to the following: 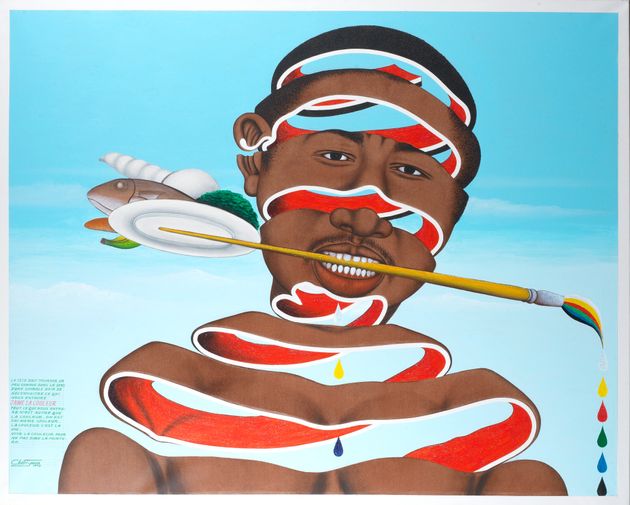 The Benin ivory mask, constructed into a representation of a traditional African mask is a portrait of the  Queen Mother Idia of the Benin Empire from the 16th century. The small-scale mask was worn as a pendant around the neck of the Queen’s son Oba Esigie. Oba, signifying King. Today, there are two, nearly identical pendant masks remaining. One of them is located in the British Museum in London, and the other resides at the Metropolitan Museum of Art in New York. These masks are representations of the Queen and symbolize the legacy of the Benin dynasty that continues to the present day. Wealth soon followed behind the tracks, the contact, the Portuguese explorers first made with the Benin Empire. The diplomacy and trading with the European continent rapidly brought wealth and prosperity to the Esigie and the Bini people, rendering them notably powerful. During Oba Esigie’s reign, his mother was awarded the title of Iyoba, which signifies “queen mother”, also commencing the tradition of women advisors. Hence, The mask of Queen Mother Idia became a cultural emblem of modern Nigeria in 1977. The details of the mask coincide with the carving features of the early period of Benin art. A large portion of the Ivory works made by the empire was granted to the king, who utilized them in rituals and ceremonies. Such as the Ugie Iyoba and the Emobo purification ceremony. During the Emobo ceremony, these kinds of pendants were thought to be able to chase evil spirits, but as history grows with new perspectives, several of these traditions have equally developed in the modern-day. With this mask, art is a clear representation of the culture of the epoch with it being contrived to be used for evident traditional intentions. Today, it holds significance to history and the traditions that it is connected with. The ivory design is a common form of African Artwork that has been passed for generations. The culture surrounding the artists who fashioned the artwork likey played an essential role in the interpretation of the piece itself. In the instance of the mask, a culture primarily influenced the artwork, however, the relationship between art and culture is often simultaneously concise and contradictory to the context of the viewer.