For this inquiry project, we all got to choose a topic to research. The topic I chose to research was air pollution. For this round of research, the goal was to have a good understanding of what we chose. So, I have done research to be able to understand how air pollution is formed and what it is formed from.

There are so many different things that can create air pollution or that make up the air pollution. There are six main air pollutants: carbon monoxide, lead, nitrogen oxides, ground-level ozone, particle pollution, and sulfur oxides (1). But the two general types of it are smog, and soot (2). Smog is a type of air pollution that looks like smoky fog and makes it difficult to see. Air pollution is caused by both solid and liquid particles, these particles are called aerosols (3). An aerosol is a suspension of fine solid particles or liquid droplets in air or another gas. Many of these particles are a result of burning fossil fuels, but some particles can also be from chemical reactions in the atmosphere (3).

A gas called ozone is also a major contributor to our air pollution (2), the gas ozone is formed from oxygen by electrical discharges or ultraviolet light (2). Primary air pollutants are things such as industrial emissions or volcanic eruptions. Things like cars, trucks, and all vehicles, and factories (1). There can also be natural causes of air pollution. Natural air pollutants include radon, fog and mist, ozone, ash, soot, salt spray, and volcanic and combustion gasses. An example of natural air pollution is the release of methane ( a greenhouse gas). This is caused mainly by cows (2). Which essentially means that cows farting pollutes the air. Something else that is natural pollution is temperature change (2).

I chose to look at some of the most and least polluted cities and countries in the world. I wanted to look at how and why air pollution affects different places in different ways. I wanted to see if there was a difference between rich and poor countries. In 2020 data showed that the 5 most polluted countries are Bangladesh, Pakistan, India, Mongolia, and Afghanistan and as of 2020 Northern Europe: Sweden, Finland, Norway, and Estonia are the least polluted countries (4). Due to the higher population in larger poorer countries, there is greater air pollution. This is caused because there are more things like cars, houses, people, wildlife, factories, and lots of things that can cause air pollution to be created (4). There would also be less money to put into getting the country things that can decrease the amount of air pollution produced. For example electric cars. 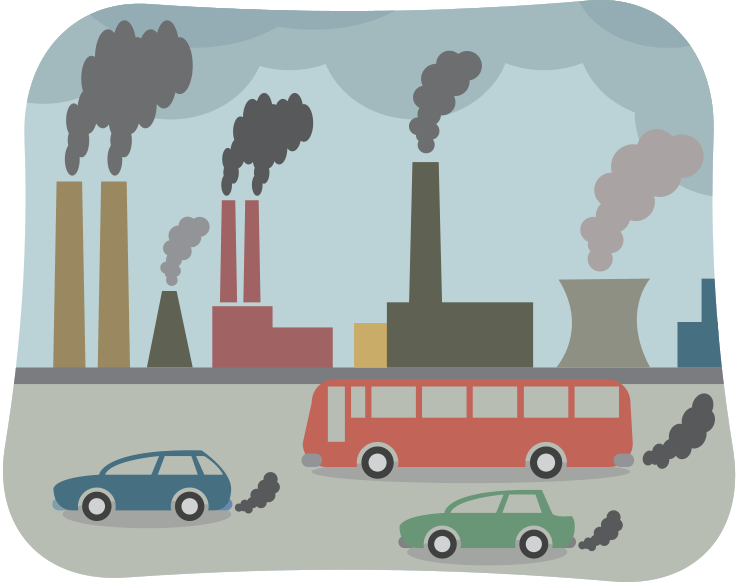