The issue of accelerating drift between the rich and the poor is pressing because it’s directly proportional to the amount of rich and poor people in society for several decades now. this is astonishing because the numbers are on the increase as time progresses. Typically, the inequality between the rich and the poor exists in terms of the accumulated wealth of an individual or a group in society. Also, the disparity can be realized between countries whereby one country is endowed with too many resources which it is able to tap boost the economy especially the developed countries. On the other end, the developing countries ail in poverty because of economic struggle and lack of adequate resources. Therefore, the disparity is a prevalent issue that has been in existence and will exist. The increasing gap 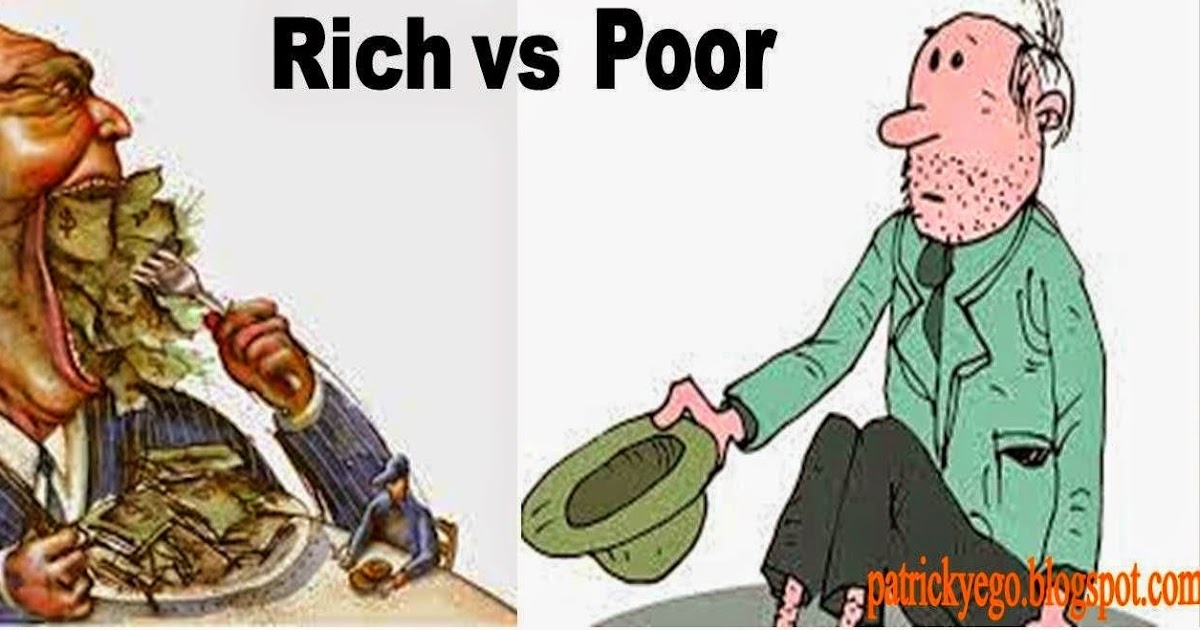 between the rich and the poor is a global problem that almost all the presidents of big nations have still not found its cure. in addition, to make matters worse, this is a universal problem that cuts across both the developed and the developing countries [2] [3]. Therefore, the gap between the rich and poor in today’s society is increasing more than ever. Inequality in nations/countries obviously affects the poverty-stricken
population more than the richer population, affecting every aspect of their lifestyle. Income may be a major aspect that causes inequality because, the maximum amount as we’d wish to think money can’t buy happiness, it can purchase food, housing, education and healthcare; all things that affect the general wellbeing of people. (Is that everything that brings happiness?)

Moving on, with growing industrialization and globalization, this gap is increasing at a fast pace and has become quite substantial. There are many reasons for this economic equality are…

Differences between the rich and the poor:

Despite all that, “Variety is the spice of life”. Well God didn’t create people equally, by that I mean, He didn’t give them the same level and social class. Some strive to be rich and work hard to accomplish their goals, and some go through hardships to have what they want in life. Some live a life of needy and poverty, and some live a life of luxury and opulence. Some live life of thrifty and some live a life of lavishness. Some sleep on cold floors and some sleep on a bed of roses. Lastly, both rich and poor are differ in social status, income, and overall life’s great opportunities.

That’s it for the comparison of the rich and the poor  :). I hope you’ve got a better understanding of the life of both poor and rich and have learned something new. After learning so much, I still wonder…is happiness then defined as what puts a smile on our face, is it a sense of excitement, peace, a state of being or MONEY? Well, stay tuned for upcoming posts for the answer if money is real happiness.