What are conspiracy theories and how can we identify false ones?

Conspiracy theories are now all around us. The crazy notions, the absurd ideas, the disproven lies, together they help to plague our world, its people, and our understanding of it. While some may be planted as to confuse individuals into thinking a certain way or to confuse them, many are born simply out of the imagination that the human race was gifted and cursed with. While we may never know where some of these ideas, or more accurately stories, have come from, it is possible for us to learn what truly counts as a conspiracy theory and how to avoid being dragged into the circle of lies that so many have already fallen into.

As defined by the Merriam-Webster dictionary, a conspiracy theory is “a theory that explains an event or set of circumstances as the result of a secret plot by usually powerful conspirators and/or a theory asserting that a secret of great importance is being kept from the public” [1]. A great and very prevalent example of this is the QAnon conspiracy, a conspiracy that falsely asserts that “Donald Trump is waging a secret war against elite Satan-worshipping pedophiles in government, business and the media” [2]. Crazy, right? Well sadly, polls have found that there are “at least least hundreds of thousands, if not millions, of people who believe in at least some of the bizarre theories offered up by QAnon” [2], which are truly mind-boggling numbers. And for those thinking that this might be stupid, yet harmless, think again; in 2018 a heavily armed man blocked a bridge over the Hoover Dam [2], one among other QAnon believers who have participated in dangerous and/or violent actions, a list that also includes the January 6th (2021) insurrection at the United States Capitol Building, an event that directly and indirectly caused the deaths of at least five people [3].

So the logical next question would be: how can I stop myself from being tricked? Well Scientific America seems to have an answer. They suggest a stepped approach, and not one that immediately discredits every conspiracy theory out there; they believe that you should try your best to gage certain characteristics that normally run rampant in untrue and disproven theories:

1: You should see if the theory bases its ideas off patterns of “connecting the dots”, where different events that have no real reason to be connected are somehow linked together with tons of mental gymnastics [4]. 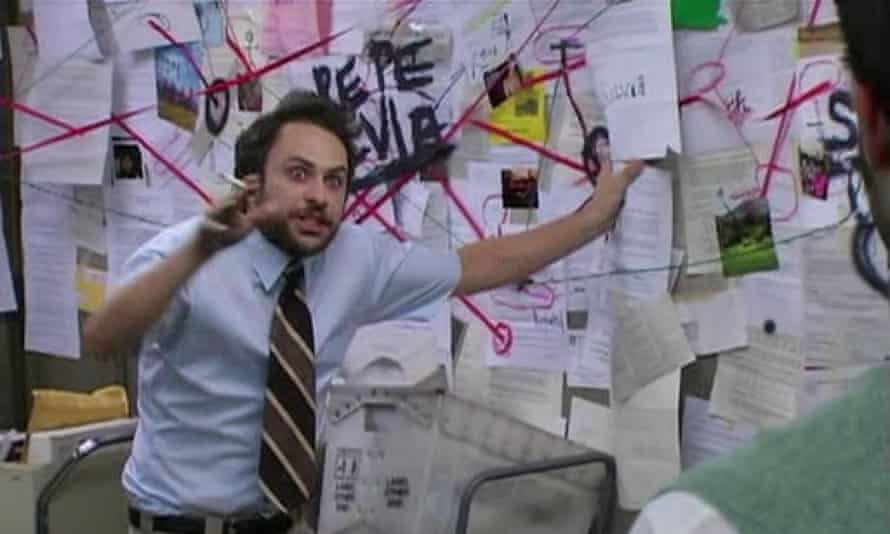 2: You should look if the person that the conspiracy theory places as the “bad guy/girl” would need to be some sort of superhuman to pull off the feats they are accused of; while aliens and superheroes/villains are interesting to fantasize about, they are surely made up [4].

3 + 4: You should look into if the theory is conspicuously complex, with an incredible amount of elements and/or people that all fell into the exact “right place” at the “right time”, which is very popular with conspiracy theories that contain far more fiction than fact [4].

5: You should search for the idea of “world domination” or some other sort of grand ambition of absolute supremacy over a nation, economy or political system; if the theory contains this, it is incredibly likely to be false [4].

6 + 7: You should look to see if the conspiracy theory assumes that something that occurred in a relatively small event is now happening in a much larger, much less likely event, or if it portrays seemingly small and insignificant events with meanings that are sinister, yet are backed up with little to no proof [4].

8: You should try to determine if the theory consistently commingles speculations and unproven ideas with fact, yet assuming all of it must be true, making the theory at least incredibly inaccurate, if not completely false [4].

9: You should try to determine if the theory deems virtually all private groups and/or government agencies as suspicious and/or untrustworthy, which suggests an inability on the part of the theorist to distinguish differences between true and false conspiracy theories [4].

10: You should pay attention to if the conspiracy theory seems to only mention facts that prove its ideas and never considers any other solution, explanation, or evidence that disconfirms its assumptions [4] (trying to prove its point, not trying to find out the truth).

All in all, trying to figure out if a conspiracy theory has any merit is a difficult and arduous task, and does not guarantee success. As we have seen recently, even intelligent people with high IQs and even higher critical thinking skills have failed miserably trying to discern truth from fiction, an issue that seems like it will sadly continue to plague us for years to come, with the internet being a solid ally and foe in the fight for the truth. While we now have a platform where we can easily find information that is driven by fact and proven by qualified individuals, we, time and time again, gravitate to unproven ideas with strange assumptions and unknown origins. It seems like us humans just love to think irrationally, even with so much information at our fingertips [5], but why is that? In my next research round I will focus on that idea and try my best to figure out why we are, as a species, drawn to such crazy notions. That research round will hopefully help us understand why individuals are attracted to such outlandish and strange ideas, ignoring proven facts and logic in favor of unsubstantiated claims.

3 Replies to “Blog Post #3 – Inquiry Research Round #1 – Why do people believe in conspiracy theories?”