Why would someone join a cult?

So, finally, here is my third research round. This final round will cover different sides, opinions and facts of the scientific reasoning behind cults and their members.

For my first point, I’m going to cover whether or not brainwashing actually happens to cult members.

Within the study of cults in the philosophical, psychological and media-oriented worlds, there is a recurring debate of whether or not what happens to cult members could be considered, or is, brainwashing. So, what is brainwashing? Brainwashing is a term coined by the American press during the Korean war to explain why American soldiers that were prisoners of war helped the Korean side and even seemed to agree with them over their own country. Nowadays, it’s used as a term by (some) social scientists for severe indoctrination, usually entailing physical and psychological stress, severe social pressure, and other persuasion techniques. A bit like what happens in cults, no? But this is all only relevant following the base premise that brainwashing actually exists. To continue, brainwashing starts when the possible recruit is taken away from their friends and family and secluded with only other members of the group. Then, often the recruit’s sleep patterns, diet and way of dress will be altered to further distance them from their old life, and they will be forced to undergo public self-criticism within the pretense of self-analysis. Furthermore, their schedule will be filled to capacity with different activities relating to the doctrine which can last for weeks. Afterward, they will be included in group sessions and group-related chores to form their sense of community and eventually, the constant collaboration and exposure to the doctrine cause the recruit to fully, truthfully believe in it. This initial true belief is cemented to the point where they accept all the group’s decisions uncritically and filter all counter information as wrong, and the recruit starts to participate in increasingly worse behaviour for the group. They are, at this point, no longer able to make their own individual decisions or form their own opinions. 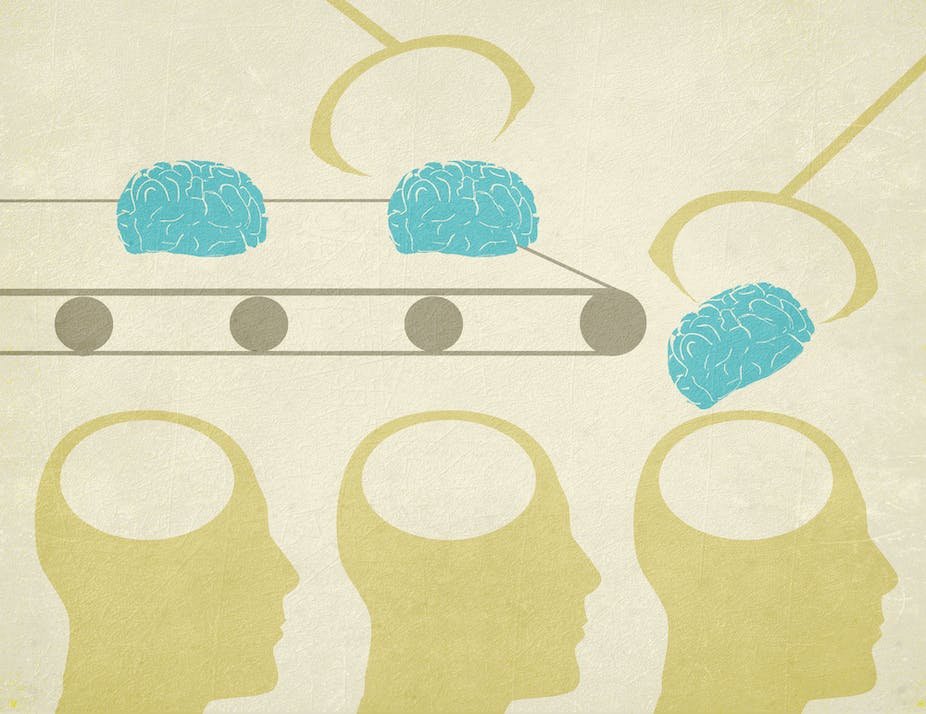 These procedures tie into all the other aspects that I’ve previously discussed, about how and who is recruited to a cult, but the question stands, does all of this mean that the recruit is no longer acting by their own free will? Because yes, all of this likely happens, but is the result truly that the recruit has lost the ability to form their own opinions and make their own decisions?

The counter-argument to brainwashing can be summarised into three main points: it has no scientific grounding, there is an actual scientific conclusion to come to based on this provided information, and concluding brainwashing denies a member’s agency.

The reason that brainwashing has no scientific grounding is that for a theory to be scientifically credible, it must be able to be proven false; there must be a way for it to be proven incorrect that specifically doesn’t happen in order to prove the theory true. There is no way to prove that brainwashing doesn’t exist; therefore, there is no way to prove that it does. Furthermore, if brainwashing did exist, it would be near impossible to break out of, even after being reintegrated into ordinary society because the idea is that the brainwashed person has lost the ability to make their own decisions separate from the brainwasher. Even if you could “break through” brainwashing with counselling and slow immersion back into society, what about all of the people that escape cults? Or that just realize one day that they don’t agree with what’s going on, or understand that the cult has gone too far and stop? None of those peoples’ situation holds up against the theory of brainwashing.

Now, what does happen, then? According to Emerita Professor of Religious Studies at San Diego State University, Rebecca Moore, there are three simple, scientific terms to replace brainwashing: conversion, conditioning, and coercion. Conversion describes the recruit’s noticeable change in behaviour, attitude, opinion or emotion. Someone familiar with religious terminology would probably recognize conversion as what happens when you join, or start to believe in a religion. New members of religions are “converted” by the current members when they start to believe in it. However, it isn’t only applicable to religions, but also any ideology, good, bad, or cultish. Some people argue that conversion is voluntary, but all recorded cases by well-respected converts explain it as the philosopher and psychologist William James said they would, converts are nothing but passive recipients of a transcendent, life-changing event. Something unexpected happens, and they cannot return to how things were before; there is a definitive before and after in their life.

Conditioning is the psychological process of learning behaviour in response to your situation and influences. It’s nothing sinister — honestly, we wouldn’t be functioning human beings without being conditioned to behave in certain ways during certain situations. We are conditioned by our parents, other family members, teachers, friends, and society in general. Where this turns around for cults is that some people may already be conditioned to finding a group or community that they agree with, and that becomes all-consuming. As well as this, people can be very quickly conditioned into a cult mindset when they are fully immersed in the life or just put in certain situations. Moreover, someone may already subconsciously be conditioned to behave in a certain way in certain situations that they’ve never explored before. For example, in the Stanford Prison Experiment, ordinary (male) university students were randomly assigned the roles of either being prisoners or guards, and the guards rapidly became violent and abusive while the prisoners became submissive and passive.

Finally, cult behaviour can be explained with coercion. Coercion is when the recruit is threatened with harm (emotional, physical, psychological, or spiritual, etc.) if they don’t behave in a certain way or do what is asked. If the situation is caused by coercion, it’s not even acceptance of the beliefs, it is someone fueled by fear. Therefore, it can cause someone to do terrible things that go completely against their own beliefs.

Finally, to claim brainwashing denies the agency of the recruit—or their free will. What about the people who legitimately and fully believed the doctrine of the cult? If every cult member is assumed to be nothing but brainwashed, how will the dangerous, actually bad people involved ever be prosecuted? And even if they didn’t fully believe what they were doing, they knew what they were doing. If they were brainwashed they would most likely have been in a trance or an impaired state, but they weren’t. Even if they felt immediate guilt for their behaviour, they had the agency to make those decisions. In fact, feeling immediate guilt only proves that they were in control because they’re feeling remorse for the actions they themselves committed. Not the cult. Not what they were unaware of doing. What they chose to do, no matter the circumstances.

Some statistics and studies

In my last research round, I covered what kind of people join cults, but here I’m going to quantify and qualify it. I believe I offered this statistic previously, but 70% of cult members are women. This ties into 61% of churchgoers being women while only 39% are men in the US. There have been studies that show that women prefer working in groups while men prefer to work alone, and studies that show women to have an “automatic in-group bias” that men don’t have as strongly. This means that they favour the company of other women within the same group as them, whereas men don’t have such a strong gender bias for company. A woman’s sociability could add to the appeal of a cult with her friends already in it, or make her want to recruit more members.

Additionally, shyness among college-aged adults is very quickly on the rise with more than 50% of university students reporting being chronically shy, which correlates to the rise in cult membership. A person lacking social skills, with low self-esteem and who has many awkward social encounters, becomes easily pliable for cult recruitment, as I covered in my last post. 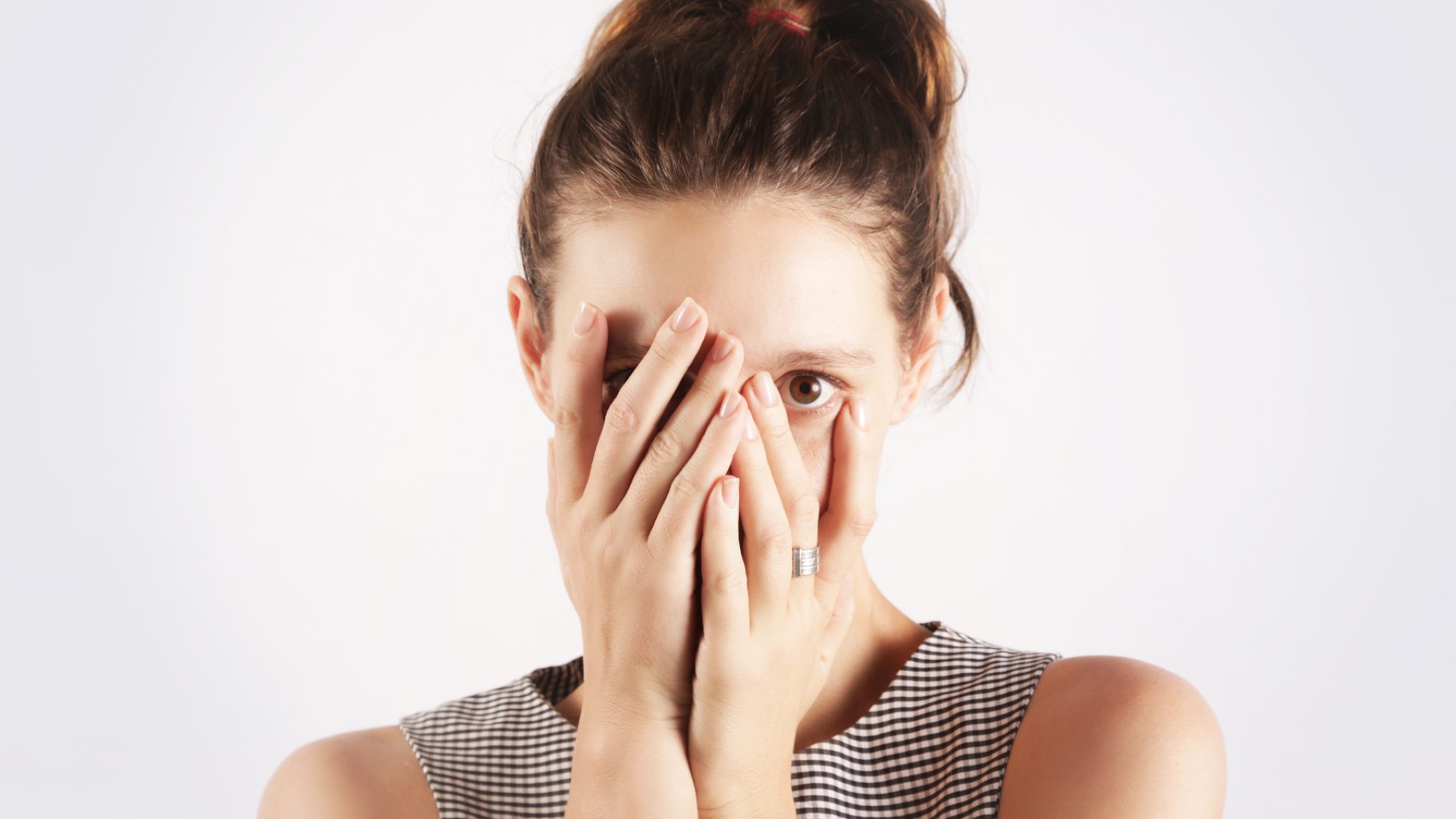 Furthermore, a study from the University of Leeds showed that “it takes a minority of just five percent to influence a crowd’s direction… the other ninety-five percent follow without realizing it.” Therefore, once inside a cult, the recruit would very quickly be influenced by their behaviour, and as in the Stanford Prison Experiment, be able to commit horrible atrocities.

Finally, over the course of his career, a psychoanalyst and psychology professor at Tufts University named Dr. Stanley H. Cath has treated over 60 former cult members. The common trends that he found were that many people who join cults have previously been religious but rejected it, and are intelligent young people from sheltered environments. Dr. Cath says that “many have a history of failing to achieve intimacy, of blaming others for their failures, and of constantly striving for perfectionistic goals.”

In the end, I’d still recommend not joining a cult, but at least you’ll know now what could make you more susceptible to them and can try to counteract those characteristics. Or not, if you’re not up to it. No problem. But really, in conclusion, why would someone join a cult? For innumerable reasons that span from personality, situation, environment, psychological predisposition and possibly even biological predisposition, and there is still so much unknown about the subject. And why people stay? The same open-ended, vague reasons: possibly (although, not probably) brainwashing, feeling cornered or stuck, being with people you care about and your family, or even actually believing in the cause.

So, all I can really end on is that I hope you learned something, I hope I didn’t make too many grammatical or spelling errors, and I ask that you also don’t take this information to prey on easy victims and start a cult.

One Reply to “3rd round of research semester 2”