Hello again! Welcome to my second round of research. My question is “What are the effects of affirmations and subliminal messages that are being used for manifestation? “. Last time I looked into what affirmations, subliminal messages, and manifestation are to provide some background information. This time I will be getting into the science behind it all if there is any.

So today my sub-question is…

What scientific effects do affirmations and subliminal messages have on a person?

After looking over a few articles I can see that the main explanation for why it is believed that manifestation works is the placebo effect. Mal Paper writes, “This way of thinking can be connected to the placebo effect” which I suspected before asking this question myself. (1) The placebo effect is typically used in medicine. A placebo drug is a drug that doesn’t treat the illness directly but helps the patient with the psychological aspects of the illness because they believe it is helping/ it is a functioning drug. (2) In this case, the placebo being referred to is manifestation. The belief that listening to statements regarding what you want will get you what you want is scientifically not going to just happen. The reason we are seeing people saying that manifestation works is because it is not as magical as it seems. What is actually happening is people are focusing on their goals and thinking positively about them. This doesn’t create new opportunities for them to become successful, but it does help them take notice of opportunities that have been available because “manifesting” has fixated their mind on their goal. (1)

It’s actually very similar to the growth mindset concept brought up by Dr. Carol Dweck. She said, “truly believing you can achieve something makes it more likely that you are willing to put in the work to achieve it.” This is very true for people who believe in manifestation because when you strip away the wishful thinking, these people achieve results by thinking about their goal and being motivated to act on it. (3)

There is also the idea of negative bias and a self-fulfilling prophecy. A negative bias is the belief that you are destined to fail without good reason to meaning, negative thoughts lead to negative outcomes. A self-fulfilling prophecy is primarily the opposite; positive thoughts lead to positive outcomes. These are real terms used in psychology but are again very similar to the bones of manifestation. (3)

I don’t think it’s inherently bad that people believe in manifestation even though it’s not really what they believe it is. It still has a positive outcome for them, but the whole concept could just be done by telling people to think positively because that’s essentially what they are doing. There is limited evidence that subliminal messages work to change the way a person is behaving. Some psychologists say that they can be therapeutic, but they are not going to influence you to act differently if you aren’t conscious of it. (5) With subliminal manifestation, people know what types of messages they are getting as they are usually in the title. For example, if someone was looking to lose weight, they would look up a subliminal with that theme. A great example of how the intention is important can be seen in the following study at the psychological association’s meeting. Two subliminal tapes were given to volunteers; one was for self-esteem and the other was for memory improvement. In the experiment half, the volunteers received tapes with the labels switched. After listening for a few weeks, they were asked if they had felt any changes in memory or self-esteem. The answers only lined up with the labels of the tapes; never actually the content of the tape. (5) 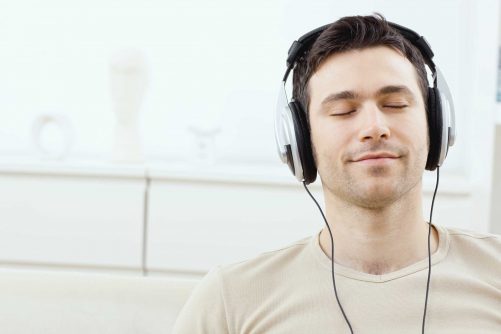 2 Replies to “Blog Post #4- What are the effects of affirmations and subliminal messages that are used for manefestation?”